The report describes the total failure of the present global antidrug effort, and in particular America's "war on drugs," which was declared 40 years ago today. 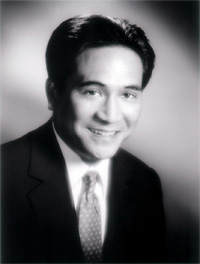 Sylvester Salcedo is a Democrat. He was born on November 25, 1956 in Minneapolis, Minnesota.

He is the only military drug war veteran who has protested publicly against America's "War on Drugs" over 11 years ago. Seeing no current political aspirant in Connecticut willing to take on this issue, he is declaring his candidacy for U.S. Senate to carry out that fight.

For over forty years, America's "War on Drugs" has been an abject failure. It is an obscene financial drain on the economy. It has exploded an incarceration industry at the expense of improving public education and healthcare services for the young and the elderly, the mentally ill and the vulnerable substance abuser. It exacerbates racial disharmony, it widens the social and education gap between rich and poor, it destroys peoples' hope and aspirations towards better, healthier, safer, sober lives. It derails and ruins the middle class. Drug use and abuse are bad, but the War on Drugs is worse.

Born to a Filipino father and Filipino-Chinese mother in Minnesota, Salcedo grew up in the Philippines from age 2 to 12. He returned to Connecticut and completed the 8th grade at Becket Academy in East Haddam in 1970. He attended Cranwell School in Lenox, Massachusetts and received his B.A. degree in Religious Studies at Holy Cross. He was commissioned an Ensign in the U.S. Navy from Officer Candidate School in Newport, RI on February 16, 1979 and served 20 years on active and reserve duty. He earned a M.A. from the U.S. Naval War College in National Security and Strategic Studies in 1991. He completed his J.D. from Suffolk University Law School in Boston, MA in 1994.

He is married to Dr. Timothea Ryan. They have one son, Leonardo, and they live in Orange, CT.